Hercules: The most famous Argonaut

And why he didn’t finish the journey

Hercules (/ˈhɜːrkjuliːz, -jə-/) is a Roman hero and demigod also known in Greek as Heracles. He was the son of Zeus (Roman equivalent Jupiter) and the mortal Alcmene. In classical mythology, Hercules is famous for his strength and for his numerous far-ranging adventures, including his 12 labors and his voyage on the Argo with Jason and the rest of the Argonauts.

It is worth noting that the details surrounding Hercules’ departure from the Argo, vary widely depending on the specific version of the myth, which shows how much this myth grew and changed over time.

In our version of the myth, Heracles (Hercules) was one of the original Argonauts but got left behind. When the Argo was docked, Heracles went in search of a tall and strong pine tree to replace the oar he had snapped. Meanwhile, his companion, Hylas, was kidnapped. When Heracles returned to the Argo, he was enraged and charged after his lover.

In other versions of the myth, Heracles was needed elsewhere. And others said that Hercules had a disagreement with Polyphemus, the one-eyed giant who was a member of the Argonauts. Others say it was Tiphys. In some versions, the altercation is described as being more of a verbal disagreement than a physical fight, while in others it is described as a full-blown fight.

Regardless of the specifics of how he left the crew, it is clear that Hercules was a member of the Argonauts at some point during their journey, even if he did not complete the entire voyage with them.

The twelve labors of Hercules

The labors of Hercules are not part of the myth of Jason and the Argonauts. And it is difficult to determine if these happened before or after Hercules joined the crew of the Argo.

If you are curious about what happened, here is a quick summary: As a result of a curse placed upon him by the god Hera, Hercules was driven mad and killed his own family. As punishment for this crime, he was assigned a series of twelve labors by the king of Mycenae, Eurystheus. These labors were intended to be difficult and dangerous tasks that would test Hercules’ strength and bravery.

Hercules’ story has been adapted countless times in popular culture. Today, yet another movie about the myth was released, and I have to say I’m excited to see this movie. Plus, I like the Rock and he is wearing a beard made from yak testicle hair.

We’ll be adding more info soon. In the meantime, if you want to read one of the original stories about Hercules, we suggest The Story of Jason and the Argonauts. 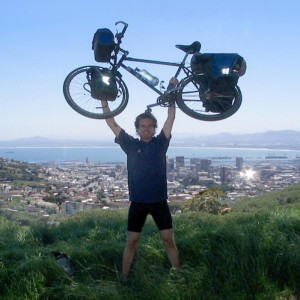 My claim to fame is that I rode a bicycle around the world and wrote some books. More about me.
If you enjoyed this story… Please make a small donation to help us with cost and keep Scott caffeinated. Thanks to everyone that has helped us make dreams come true for the past 20 years!
Donate