The leader of the Argonauts

Jason is a figure in Greek mythology who is best known for leading the Argonauts in a quest to find the Golden Fleece. He was the son of Aeson, the king of Iolcus, and was chosen by the goddess Athena to lead the Argonauts because of his bravery and intelligence. The Argonauts were a group of heroes who sailed with Jason on a ship called the Argo to Colchis, a kingdom in what is now modern-day Georgia, in order to retrieve the Golden Fleece, a magical object that had the power to bring prosperity and good luck. Along the way, they faced many challenges, including battles with monsters and treacherous storms. In the end, Jason was successful in his quest and returned home with the Golden Fleece, becoming a hero in the process.

What happened to Jason after he got the golden fleece?

According to some versions of the myth, after Jason retrieved the Golden Fleece and returned home, he became the ruler of Iolcus and ruled justly and wisely. However, in other versions of the myth, Jason’s return was not so triumphant. In one version, he was betrayed by his own people and forced to flee Iolcus, eventually finding refuge in Corinth, a city in ancient Greece. In another version, Jason’s wife, Medea, who had helped him on his quest and had fallen in love with him, became jealous and enraged when Jason decided to marry the daughter of the king of Corinth. In this version of the myth, Medea killed Jason’s new bride and her own children with Jason in a fit of anger, before fleeing Corinth and leaving Jason to mourn the loss of his family.

How is Jason important in modern-day life

Jason and the myth of the Argonauts continue to be important in modern culture and are often referenced in literature, film, television, and other forms of media. The story of the Argonauts and their quest for the Golden Fleece has been retold and adapted numerous times over the centuries, and it has inspired countless works of art and entertainment. In addition, the myth of Jason and the Argonauts has been interpreted and reinterpreted in various ways, and it has been used to symbolize different themes and ideas. For example, some people see the story as a metaphor for the hero’s journey or the importance of perseverance and determination. Others see it as a tale of loyalty, friendship, and the power of teamwork. Regardless of how it is interpreted, the myth of Jason and the Argonauts remains an enduring and influential part of Western culture.

For more about how Jason and the Argonauts influenced modern-day life, I recommend you read What is an Argonaut?

Read more about Jason on Wikipedia. 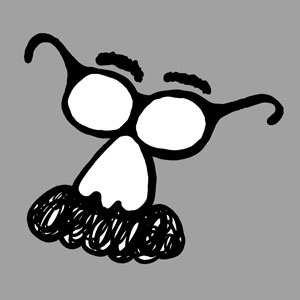 Guess who? A guest author that's who!
If you enjoyed this story… Please make a small donation to help us with cost and keep Scott caffeinated. Thanks to everyone that has helped us make dreams come true for the past 20 years!
Donate