Why the oil spill is a good thing!

Note: This is an exercise in positive thinking. Also, personally, one of the byproducts of traveling the world is a desire for social activism. I never used to think like this. In fact, I ignored the news and just went about my own business. Now I want to make the world a better place. It’s a selfish thing really, but a better world benefits everybody.

First, who is responsible?

I suggest that anyone who ever drives a car or uses a plastic bag or any other petroleum product is participating in events that occasionally will go wrong.

Second, where would all this oil have gone anyway?

Correction: Before I say the rest, which is true in many ways, I was corrected on this issue. (Thanks for your feedback.) Humanity didn’t skip a beat burning oil, we just dug up more oil to replace what we had lost.)

Most oil is either used for fuel or turned into plastics. (Which, as a side note, consumes our atmospheric oxygen which is measurably being reduced. Too little oxygen is far more problematic than too much carbon dioxide.) And where does that gas and plastic eventually go? It becomes pollution. When burned it creates: carbon monoxide, nitrogen dioxide, sulfur dioxide, benzene, formaldehyde, polycyclic hydrocarbons, lead, tiny suspended particles (leading to respiratory diseases). Benzene, for example, is one of the most toxic substances known to humanity. And, the amount of plastic thrown in landfills each year could circle the globe hundreds of times. Other products are also made from petrochemicals such as detergents, fertilizer, medicines, food preservatives, vitamins, skin cream, etc., Petrochemicals are poisons to the body, which may get stuck there as the body hasn’t evolved a method to eliminate them; for example, detergents (surfactants) are designed to dissolve and go in — not come out.

So, it seems to me that the raw oil is probably more benign than the processed and concentrated versions. And if not, isn’t the effect to the earth, as a whole, an equal amount of poisoning one way or another? One much more subtle, yet poisoning everything from pole to pole, and the other a high-profile, concentrated destruction of an entire ecosystem with much smaller effects on the average person’s health.

So, the good part is that this “environmental disaster” is really painting a vivid picture of mankind’s effect on the planet. I think we must all be questioning ourselves every time we put gas in the car or groceries in the bag. In other words, what greater opportunity for a global consciousness shift towards a more sustainable and eco-friendly lifestyle could there be?

PS. If only I could practice such an objective view of my own life! 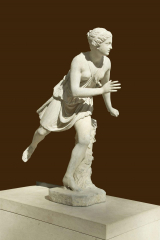 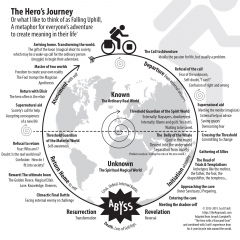